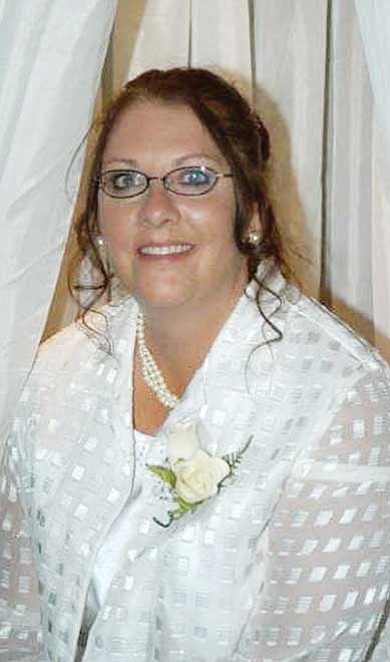 We regret to announce the sudden death of Joanna Lynn Pettit on Saturday, Nov. 13, 2010 at Flagstaff Medical Center. Joanna was 45 years of age and was a beloved mother, sister, daughter and a friend to many residents of Williams, Ariz. We are deeply grieved by the loss of an angel in the midst of chaos that our world is in. She will be missed by us all.

Joanna was born in the city of Williams on May 29, 1965. She had been raised by her beloved parents Jimmie and Linda Pettit, also of Williams. Her siblings include Tim (Debbie), beloved sister and best friend Anita, and Jeff (Ellen) Pettit. They enjoyed many fond and pleasant memories in their childhood under the care of their parents.

She gave birth to Christina Lynn Repp Mongeau on Jan. 10, 1985 in the city of Flagstaff, and then continued the growth of her family with the birth of her son Joshua Tyler Pettit on March 5, 1992. On June 25, 2005, she welcomed Christina's husband Dale Mongeau to her family.

Before her death she enjoyed an administrative career for the city of Williams for more than eight years. She enjoyed volunteering her time by cleaning and maintaining the Williams Cemetery, coaching her children in their sporting events, and scrapbooking the memories of her family's life. Joanna has always thought of others before herself and even in death she donated the gift of sight allowing another to see the world through her eyes.

She is remembered and survived by her father Jimmie, her two children, her siblings, three aunts, two uncles and 20 nieces and nephews, and by the many lives that she has touched and changed in this world. Joanna is preceded in death by, her mother Linda Pettit, her infant brother Johnny Pettit and her spouse Kyle Smith.

Services for Joanna will be held Friday, Nov. 19, 2010 at the First Baptist Church at 629 W. Grant Ave, with a viewing held at 2 p.m. and services following at 3 p.m. Following graveside services there will be a potluck reception held at the American Legion, 425 W. Grant Ave. at approximately 5 p.m. In lieu of flowers, donations may be made to the memorial fund that has been established at the National Bank of Arizona in the memory of Joanna or to the American Cancer Society of Northern Arizona or American Heart Association in her honor.

The family would like to thank the community for their support and love in this time of deep grief. It has made us understand why Joanna loved this town so much.

Live simply. Love generously. Care deeply. Speak kindly. Be kinder than necessary, for everyone you meet is fighting some kind of battle.

Condolences can be sent to her family at www.norvelowensmortuary.com. Arrangements are under the direction of Norvel Owens Mortuary of Flagstaff.