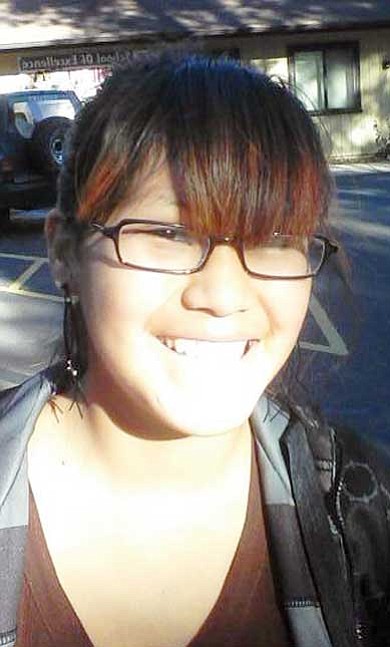 On Nov. 1 at approximately 7:30 a.m., emergency communications specialists of the Northern Arizona Regional 911 Reception Center received a report of a missing 13-year-old girl. According to the caller, Nakita James was seen leaving her home in Parks at 7 a.m. She was last seen heading east bound in the Government Prairie area possibly towards Flagstaff.

A ground and air search was conducted by the Arizona Department of Public Safety and the Coconino County Sheriff's Office (CCSO) Search and Rescue Unit. It is believed that James left her home voluntarily and is possibly a runaway. CCSO deputies are investigating the possibility that James was seen in the area of the Pilot Truck Stop at Bellemont and may have been given a ride at approximately 12:20 pm on Nov. 1.

James is described as a Native American female, with brown eyes and long, black hair with red streaks pulled back to the side. She was last seen wearing a black shirt with pink blotches, gray jean pants, a dark colored jacket and dark, colored tennis shoes. She was carrying a suitcase.