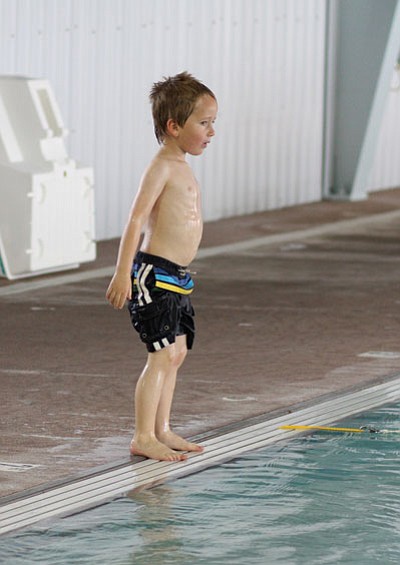 Ryan Williams/WGCN<br> While the Williams Aquatic Center has been closed since January, members of Williams City Council ratified their decision to close the pool during their May 13 regular meeting.

WILLIAMS - A complaint filed with the Arizona office of the Attorney General has resulted in an investigation into possible open meeting law violations by members of Williams City Council, particularly when it came to decisions made during a January special work session, in which council members approved staffing cuts with the city, the closure of the Williams Aquatic Center and other budgetary matters.

As a result of the investigation, council's actions during the special work session were no longer considered legal. Williams City Council members, during their recent meeting on May 13, approved the staffing cuts and pool closure for a second time in order to legally ratify their January budget cuts. According to city officials, staff will also undergo open meeting law training in order to prevent future complaints regarding city business.

The matter has been forwarded to the Open Meeting Law enforcement team of the office of the Attorney General.

Williams City Clerk Susan Kerley said staff received a letter from the office of the Attorney General on May 3.

"The issues that were mentioned go back to the work session on Jan. 19, where some decisions were made that are now considered null and void, because they were not made legally. The office of the Attorney General felt like the public had not gotten ample notice to respond or to, perhaps, attend those meetings, although they were noticed properly," Kerley said. "Their recommendation is that we might go to a different system if there is a work session, that a discussion be done at work sessions and decisions actually be delayed until the following regular council meeting. That is one option. The other option is to do a much more detailed agenda."

The Jan. 19 special work session agenda, she continued, contained little information, but did inform the public that council members would make decision on budgetary items.

"We did not itemize, under that, what items were going to be discussed related to the budget, so they were saying that the public was not amply notified of the discussions that would take place and subject," Kerley said.

Council members ratified their actions by approving the closure of the pool, staffing cuts moving full-time pool employees to other departments within the city, and other items. Andrew Hamby voted against the action. Williams Mayor John Moore was not present for the May 13 meeting.

Vice Mayor Don Dent said that a budget meeting, whether a work session or not, should allow council members the ability to make decisions for the city.

"When we say that we are studying our budget, we should be able to look at any item in that budget. For us to have to list every item that we wanted to discuss that night, we would use up a ream of paper for each council meeting," Dent said. "According to these guys, when we have our budget meetings, our agenda is going to be about 40 pages long. We'll have to list every item that we might consider."

Interim Williams City Manager Joe Duffy said agenda items for each council meeting would include more detail in the future.

"That's really what we are trying to do is let the public know, be transparent," Duffy said. "We're going to make a real strong effort and the agendas will be a little longer. We'll have a lot more detail on each agenda item."