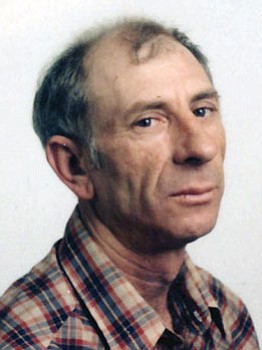 Jose Barrio Juarez (also known as "Pepe") passed away on Saturday, April 23, 2010 in Arizona from cancer.

He was born in San Juan de la Mata, Spain. He was the youngest of six children: Manuela Barrio Juarez, Rafael Barrio Juarez, Rosaura Barrio Juarez, Gabriel Barrio Juarez (deceased) and Luis Barrio Juarez (deceased). He came to America in 1964 as a sheepherder and worked in Blythe, Calif. in winter and Williams in summer. Three years later he met his wife of 43 years Patsy Augenstein in Williams and they got married in San Francisco, Calif. on Oct. 23, 1967. They moved to San Rafael, Calif. and started his landscaping business that he had for 43 years. They had three children and moved to Vallejo, Calif. in 1980, had three grandchildren, then moved to American Canyon, Calif. in 2004, where in October 2009 he was diagnosed with pancreatic cancer and melanoma.

On Saturday, May 8, 2010 there will be a viewing at 10 a.m., Holy Rosary at 10:30 a.m. and Funeral Mass at 11 a.m. at St. Joseph's Catholic Church in Williams. Interment will conclude services at the Williams Cemetery, with a reception to follow.

Condolences may be left for the family at www.norvelowensmortuary.com. Arrangements are being handled by Norvel Owens Mortuary.