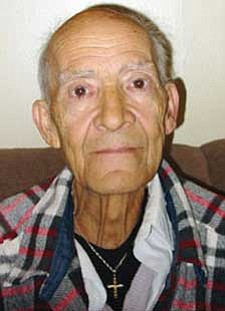 Vittorio was born Feb. 19, 1937 in Valguernera, Italy to Rose and Salvatore Arena. He had three older brothers, and an older sister, with whom he was very close with and whom he adored.

The light of his life was his dear mother, Rosa. Rosa was his guiding light, and his most loving ally. Vittorio was raised, along with his siblings, on a small family farm in the Village of Valguernera. When he was a little boy, he would enthusiastically help his mother, in gathering the huge harvest of the family garden. One of Vittorio's favorite jobs was to help his mother collect the ripe olives, which yielded hundreds of jars of the delectable delicacy.

When Vittorio was only 18-years-old, he met and fell in love with his future wife, Sarafina. Vittorio had three beautiful daughters, Rose, Anna and Maria. After their children were born in Italy, they made a decision to move to the United States.

Vittorio started his career, as a proud union member of the Masons. His career was filled with exciting jobs that allowed him to travel all over the United States, creating some of the most magnificent marble and other stone inlays in large hotels and various corporate facilities. He continued his profession of masonry, and excelled at masonry, until he became a master mason. One of his favorite jobs took him to Hawaii, where he bought a home on the gorgeous island of Maui. Vittorio continued to work and live in Maui for over six years.

Vittorio loved music. One of his favorite instruments was the violin. He had a strong passion for playing and listening to the soothing sounds of the violin.

When living in New York, one of Vittorio's favorite things to do would be to "dress to the nines" and attend many concerts. Being "polished" and living in a "cultured" and "sophisticated" atmosphere, was an extremely important aspect in Vittorio's life. He moved to Phoenix, where he continued his pressing career in the masons.

Vittorio retired in northern Arizona, and lived in Seligman. He liked the small town atmosphere, and there he could finally settle down and relax. He savored his precious moments in life, and he thoroughly enjoyed every single day. He would rise at 4:30 every morning to "greet" the day and have his beloved "Italian cup of coffee."

Greeting the early morning birds, and visiting with the small party of feral cats that he loved to talk to, and feed, Vittorio enjoyed a simple life of quiet and relaxation. He was passionate about his "tiny garden" outside his home. He always grew a small batch of Italian herbs, and every spring he would plant and nourish a new little fig or lemon tree.

He will certainly be missed by many, and remembered forever, for his incredibly joyous spirit, mischievous smile, and gift of life.

His beloved sister in law, Santina Arena, (Armand) passed away in 2009.

Vittorio was raised Catholic, and he will be remembered by many in attending services throughout the northern Arizona Catholic Communities. May Vittorio be blessed, and may his soul be in the light with his Father in heaven.