Editorial: Increase in national parks' visitation is a good sign 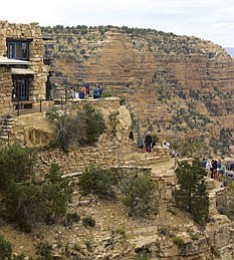 Despite a recession, people are still visiting national parks. That is good news for our region. Our proximity to Grand Canyon National Park is priceless. A study released last week revealed that NPS supports more than 223,000 jobs and generates nearly $145 billion in economic activity across the country.

It would be great if these numbers continue to rise. Our community relies heavily on tourism, and this is not expected to change anytime soon. Spring break typically kicks off our tourism season. And with the May opening of Bearizona, we are sure to see an overall increase in visitation to our area. We must do all we can to capitalize on increased visitation. Williams is a tourist town; let's strive to be the best we can be. If we succeed, we all win.