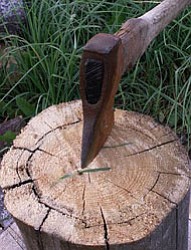 As Arizona faces a $3.2 billion deficit, numerous departments and budgets - including the Arizona Department of Tourism (AOT) - are facing dramatic cuts. A current proposal to slash approximately $10.7 million in general funds from AOT that are generated by a portion of the statewide bed, amusement and restaurant taxes would further devastate Arizona's economy.

A recent study commissioned by the Arizona Tourism Alliance examines the result of tourism declines over the last 24 months due to the economic recession, aggressive steps taken by competitors and cuts to marketing budgets, including AOT. According to the study, since 2007, Arizona's tourism industry experienced a loss of 17,000 direct tourism jobs (30,000 total direct and indirect jobs), $2 billion lost in annual direct visitor spending and $167 million in annual direct lost state and local tax revenues.

Additional slashing of the budgets of our state's marketing resources will result in lost jobs and state tax collections. In 2009 Arizona room revenues declined by 18.6 percent, four times higher than that experienced on a national level, which had a decline of 4.4 percent. We cannot afford this loss.

We hope our legislators will consider these shocking statistics before slashing anymore funds from AOT's budget. Our state - especially our region - relies heavily on tourism dollars. We need funding to remain in place to continue promoting Arizona as a premier vacation destination. We must be proactive when it comes to marketing our state. Let's not cut off our nose to spite our face.