Juniors Team No. 1 can't be stopped
Remains undefeated with 13-0 record 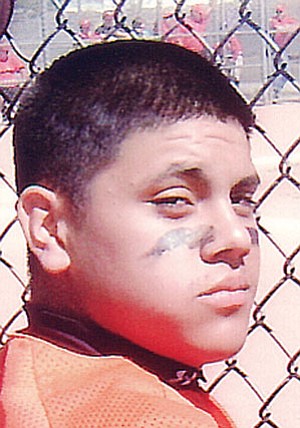 WILLIAMS - Hot bats and solid pitching have propelled Williams Juniors Team No. 1 through a winning season. The team improved their league record to 13-0 with two wins over the Continental Phillies last weekend at Williams High School.

Jorge Davalos took the mound for Williams in the first game improving his pitching record to 3-0 with a final score of Williams 14, Phillies 3. Coty Baxter, Kohl Nixon, Jorge Davalos and Ethan Berry all went 4 for 4 at the plate.

Leo Lopez entered the game in the final inning to close out the game on the mound.

In the second game of the afternoon, Nixon took the mound picking up the win and improving his pitching record to 8-0 for the season. Team No. 1 dominated the game winning 22-4. The top four batters continued to hit the ball well with Davalos hitting a long home run over the left field fence.

Head Coach Herman Nixon said he expects his players to play another strong game on offense and defense on Friday.

"We play our last game of the regular season Friday night in Flagstaff and could go undefeated this year in league," Nixon said. "This is a good group of young players who after league is completed will be getting ready to play in the all stars beginning July 6 in Camp Verde. Leo Lopez, Colton Grantham, Damon Alvarado and Daniel Solberg are our young players on this team who have stepped up their game to play at this level and have been solid all year and they are a big reason we have gone undefeated in league this year."