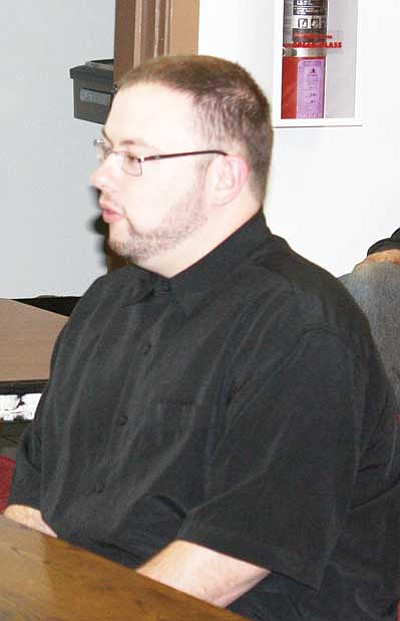 Patrick Whitehurst/WGCN<br> Robert (Bobby) Patricca is the newest member of the Williams Parks and Recreation Commission.

WILLIAMS - Area resident Robert (Bobby) Patricca was chosen as the newest member of the local Parks and Recreation Commission by members of Williams City Council during their recent meeting May 27. Few applicants showed interest in the position, according to Williams Mayor John Moore, who said the opening was advertised for a number of weeks. Patricca has lived in the area for 10 years.

"I was born and raised in Phoenix," Patricca said. "I lived here all through high school. Pretty much every Friday and Saturday night I was at the rec center."

Besides the recreation center, he said his interests also lie in the golf course.

Council members also agreed to join a committee involved in the Cataract Lake recreation facilities during the May 27 meeting.

"What this really is is just a memorandum of understanding between the Forest Service, Coconino County and the city of Williams to master plan Cataract Park, both campgrounds and all surrounding areas," Duffy said. "It's really just an agreement to get together and talk about it. This will at least give us a voice so that we can be part of the planning process."

"Basically they're going to do the master plan whether we join them or not. If we're going to have any influence on it, we'd better be a member," Miller said.

Council members also tabled an agreement with Young Life over water line concerns during the May 27 meeting at city hall. The matter of a lease between the city and SBA was also tabled during the meeting. SBA sought to make one lump sum payment of $250,000 in lieu of monthly payments for 30 years. SBA currently operates two towers in Williams utilized