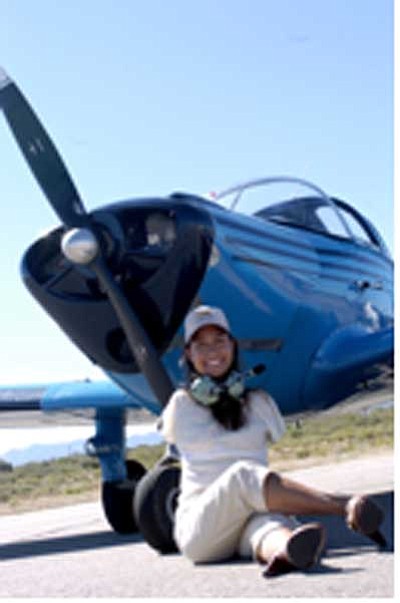 VALLE, Ariz. - Working with local EAA Chapter 856, Grand Canyon Valle Airport (40G) will hold its sixth annual "Thunder Over the Coconino" Fly-In and Car Show on Aug. 28 from 8 a.m. until 3 p.m. This superb northern Arizona aviation event will feature among other unique airplanes, the 1929 Ford Tri-Motor N414H, which is housed at Valle Airport.

Not only is there the excitement of the annual fly-in, but also featured will be antique airplanes, warbirds, homebuilt planes, and a car show with tons of great vehicles, antique tractor display, vendors and much more family fun. Also available at the event will be free plane rides for youth, ages 8-17, sponsored by the EAA Young Eagles Program. This is a fantastic introductory program for youth interested in getting into the world of aviation.

This year's fly-in will feature an appearance by Sport Pilot Jessica Cox, of Tucson. At birth, Cox was born without arms, and from infancy her feet became her hands. She now flies airplanes, drives cars, and otherwise lives a normal life using her feet as others use their hands. She is the first and only sport pilot in aviation to fly with no arms. Cox will share her amazing story and how her fearlessness helped her to achieve a sport pilot license. Visit her website at www.rightfooted.com.

Included in the event admission fee is free entry to the famous Planes of Fame Air Museum, located at Valle Airport. The museum houses a fascinating collection of some antiques, warbirds and homebuilts, including "Bataan", the Lockheed C-121A Constellation that once served as General Douglas MacArthur's personal transport plane.

Also at the event, for a separate fee, rides will be offered to the public on N414H Ford Tri-Motor, a P-51 Mustang and helicopters. Early arrivals will be able to take advantage of a pancake breakfast, proceeds that will benefit the local Volunteer Fire Department.