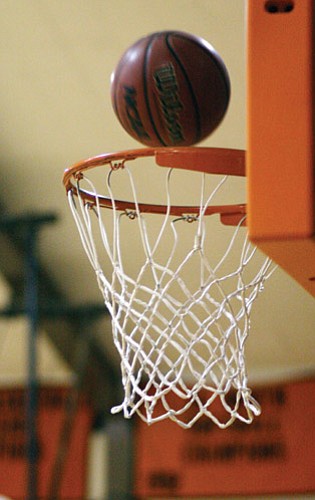 GRAND CANYON, Ariz. - Coach Greg Walker only used six players in his rotation on Jan. 23 when the Phantoms took a 30-41 loss against Ash Fork. He didn't have much choice as the Phantoms have lost players to a host of problems this year. The short bench caught up with the Phantoms in the fourth quarter as fatigue set in.

"I think we just ran out of gas," Walker said.

Coming off his career high of 40 points a week ago, senior forward Daniel Celis led the team with nine points. He looked a step slower this week with a sore left knee that he had wrapped for the game. Andrew Araiza and Jared Ruyle chipped in seven and eight points respectively.

"That's a game we should have won," said Ruyle.

Although the Phantoms have already clinched a berth to the regional playoffs, the loss to Ash Fork hurts the Phantoms chances of capturing second place in the 1A West Region. The Phantoms fall to 3-15 overall and 3-3 in conference play. They are now in a tie with Fredonia for third place behind Beaver Dam and Ash Fork. Their next home games are this weekend when they take on Beaver Dam on Friday and Fredonia on Saturday. These games will be the last home games of the season before the regional tournament held in Williams on Feb. 5-6.