Editorial: Rural Arizona is taking the brunt of state cuts 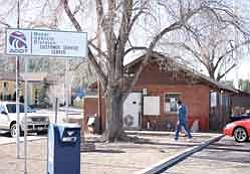 The state faces a projected shortfall of $1.5 billion in the current budget and more than $3 billion in the next one. State officials are recommending the closure of 13 state parks in response to budget cuts enacted late last year. Popular parks have been spared, but officials say they may have to close more parks if they can't raise $3 million from entry fees by June 30, the end of the fiscal year.

Closing these parks is unfortunate. These parks contain a huge amount of history and beauty. Since the parks are closed, they will no longer generate revenue. This is detrimental to Arizona's economy, which relies heavily on tourism.

Closer to home, the Williams Motor Vehicle Division office is scheduled for closure. Plans to close this office in addition to 11 other MVD locations were announced last fall. When we reported on this story, we learned the Williams office averages 975 customers each month. This small office serves not only customers from Williams, but also Seligman, Ash Fork and Grand Canyon. This closure means a lot of people will be forced to drive a minimum of 70 miles just to renew a drivers license, transfer vehicle registration or obtain any other services provided by MVD.

The office staffed one full-time employee with back up staff traveling from Flagstaff. The city of Williams provided the building rent-free for years, leaving the Arizona Department of Transportation to pay only utilities. Did it really cost that much to keep this office open? How much money is ADOT saving by closing the Williams location?

The closure will surely cost the residents in our rural area far more than the slight savings ADOT may have gained. Yes, times are tough. However, it is wrong that rural Arizonans continue to bear the brunt of state and county cuts.