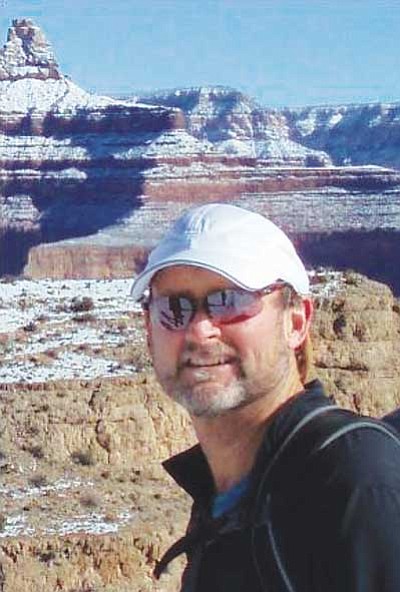 GRAND CANYON, Ariz. - Steve Martin began his career with the National Park Service (NPS) in 1975 as a law enforcement river and backcountry ranger and resource manager on the Colorado River at Grand Canyon National Park. After moving on to many other NPS positions over the course of his career, Martin book-ended his time with the Park Service, returning to Grand Canyon as Superintendent of the park.

As Superintendent of Grand Canyon National Park, Martin managed all programs as well as a staff of 500. Prior to becoming Superintendent at Grand Canyon, Martin completed a two-year assignment as Deputy Director of the NPS in Washington, D.C., the most senior career position in the Service. As Deputy Director, he supervised all operations of the NPS including 390 park units, a $2.2 billion dollar budget and 20,000 employees. From September 2003 to April 2005, he served as Regional Director of the Intermountain Region overseeing 88 parks in eight states.

Martin said he and his wife Cid hoped from their first NPS jobs to develop careers in the Park Service but never imagined they would both return to the Grand Canyon with Martin as Superintendent.

"It's just, one thing led to another," Martin said. "Doing the best job you can. Being inspired by the people and opportunities and the work at hand."

Martin went on to say his career plan was simple.

"Go someplace you love, work as hard as you can and have fun and things will happen," he said.

While at Grand Canyon, Martin tackled a number of important projects and issues facing the park including transportation concerns, the development of more employee housing and work space and the completion of an over flight plan final draft, currently awaiting approval in Washington, D.C.

Martin said other goals included creating a fundraising partner for the park in the Grand Canyon Association, working to fix trails on both rims and in the Canyon and developing stronger relations with the Havasupai Tribe.

"We resolved the long standing issues with the Havasupai camp," Martin said. "We've built new housing for them at Havasupai camp. We signed a 50-year agreement because our park is their homeland and that was a really big issue."

The number of issues requiring attention at once proved to be the most challenging aspect of Martin's tenure as Superintendent at Grand Canyon.

"That is something that made it very complex," Martin said. "But, I also think that we have resolved a lot of those issues. The Grand Canyon will always be complex and complicated but I think the key is maybe the next person won't have quite so many at once."

Retiring on a high note has been a longstanding goal as well.

"It's one of the things that we've always said, we wanted to, when I retired, go out happy," Martin said. "Not disillusioned or not feeling that your dreams hadn't been fulfilled. So, we said this is a perfect time. Lots and lots of things got done but also the park is in really good shape with an excellent team of employees. And, ready for the next chapter and ready for the next leader who will come in and do a great job too."

Martin said he hopes to stay involved in parks and protected area conservation but will likely take some time to reflect, decompress and get organized.

"Even though almost 36 years is a long time to work for an organization, we still feel pretty young and pretty energized to get out there and do some things," Martin said.

Cid Martin will continue her work in the Park Service as Chief of Indian Affairs for the region and as Superintendent of Canyon De Chelly Navajo National Monument.