Editorial: Pool could have benefits at the Canyon 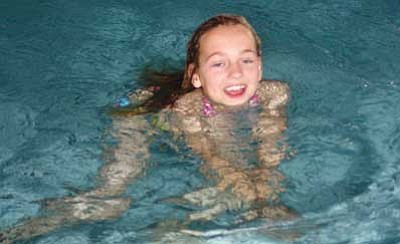 <br>Patrick Whitehurst/WGCN<br> A young swimmer enjoys the water at the Williams Aquatic Center.

It's one of the best forms of exercise out there. Exercising in water is a low impact way to get the workout a body needs without putting a great deal of stress on the muscles. Many, those who have recently had surgery for example, have found water exercise to be one of the best forms of medicine. Therapy classes are often held at pools across the nation. Sadly, however, not every town and city has a local aquatic center to accommodate the needs of its citizens.

While some cities have recently opened pools of their own, such as Flagstaff and Cottonwood, other communities are finding themselves hard pressed to fund their pools or do not have one at all. In Williams, the local aquatic center opened for a short six-week period after it was closed due to budgetary constraints. During that six-week period, the center hosted a large number of swimmers, many thankful just for the opportunity to once again get in the water, albeit for an abbreviated period of time. Many of those who visited the Williams Aquatic Center during its summer hours came from the Grand Canyon area.

Offering lessons, lap swimming and general play time, many from the South Rim made the trek south to Williams every week. Grand Canyon students, residents, and employees from the area made use of the facility before it closed once again. Many of those swimmers will now travel to Flagstaff to enjoy the amenities offered by the aquatic center there. Like Cottonwood, both pools offer slides and a number of fun attractions for young and old water enthusiasts.

While financial difficulties continue to strain the wallets of cities and towns across the country, a pool at the Grand Canyon might be nothing more than a pipe dream. The benefits, however, would be well worth the expense.