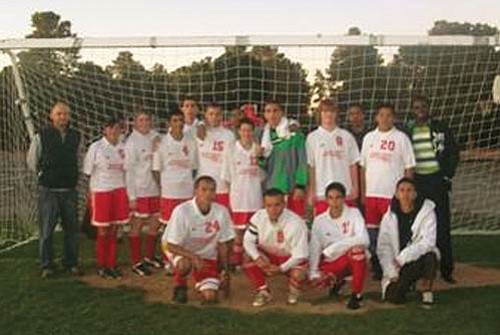 "Our midfield and defense played a strong match," said Coach Greg Cain. "Defensively we limited their shots on goal and played with more poise. During the second half we calmed down and played more of a possessive game, which resulted in more shots and all three of our goals."

The Grand Canyon boys went on to play against Camp Verde Oct. 10. Despite a total of 10 saves and two shots on goal, the Phantoms took a loss for the evening with a final score of Camp Verde 6, Grand Canyon 0.

Cain said the recent match was a bit of a disappointment for him.

"Camp Verde is a quality opponent, with skilled players, but we did not make it a very competitive game," Cain said. "We have been working on certain skills and ideas over the last three to four weeks and were simply not able to implement these in our game. Fortunately we will have another opportunity against Camp Verde in two weeks."

The Ladies are scheduled for tournament action Saturday in Phoenix. They are scheduled to play an away game against Ash Fork Oct. 23, with game time slated to begin at 1 p.m., 2 p.m. and 3 p.m.

Phantom teams kicks into gear
Wins, losses for Lady Phantoms
A coin toss decides it all for the Lady Vikes
Phantoms nearing end of season
Girls get in the game
Event Calendar