Shooting in Echo Canyon, suspect apprehended after search
Area residents warned not to answer the door for strangers 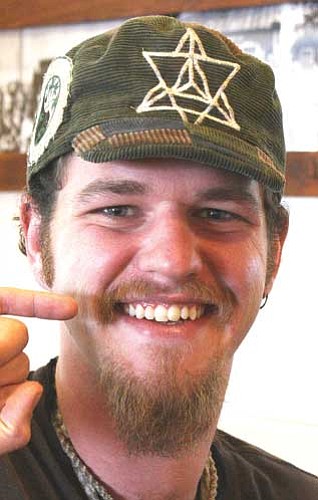 WILLIAMS - Officials with the Williams Police Department warned residents in the Echo Canyon area of Williams not to answer the door for strangers as they searched for a suspect involved in a shooting there the morning of Nov. 12. Police apprehended the suspect at around 9:30 a.m.

The shooting, which occurred during the evening hours of Nov. 11, involved a male resident who had taken in two transients working in the Echo Canyon area, according to initial police reports. According to Williams Police Chief Herman Nixon, Tingler was armed with an assault rifle.

Williams police officers responded to a call of shots fired from a residence in the area. Upon arriving, officers found the resident, along with a female, emerging from the home. Tingler had barricaded himself within the residence. The resident is reported to have sustained injuries after an altercation ensued between him and another male. Upon entering the home several hours later, following failed attempts at communication between officers and Tingler, officers found that Tingler had fled on foot into the surrounding forest. Officers found that the resident's dog had been shot upon entering the home.

A tactical team led by WPD Sgt. Darrell Hixson returned to the residence and confronted Tingler in a side yard. Due to officer containment Tingler had nowhere to go and was arrested.

"I want to commend our officers for a great job," Nixon said. "No citizen was hurt and the suspect was taken into custody with no injuries."

"Sgt. Hixson is a great asset to our department. He has numerous years of experience in tactical operations and was with the Las Vegas SWAT for over 20 years," said Nixon.

Tingler was featured in last week's Williams-Grand Canyon News in the Straight From the Streets section of the newspaper.