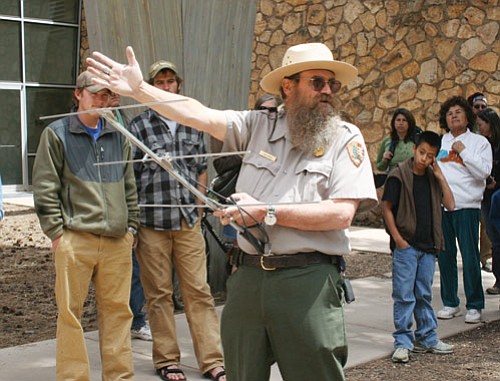 Ranger Ron Brown explains how telemetry is used to track wildlife in the park. The demonstration was part of last Saturday’s Wildlife Day.

At Wildlife Day on Saturday, visitors and residents got a chance to learn more about the animals in the park and how biologists study them.

Also featured were birds, mammals and reptiles from Adobe Mountain Wildlife Center. It is held each year in honor of biologist Eric York, who died of plague contracted from a mountain lion he'd been studying.

Members of the fourth grade class also presented a play that night, offering a lesson on some of the dangers of feeding wildlife in a humorous way, using kids as squirrels, tourists, and rangers.