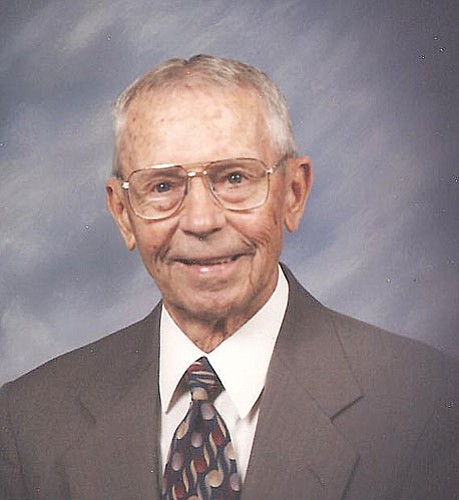 He was born to Harvey Rebman and Nora Alta Settles on March 5, 1920. Jack was the youngest of nine children. He lived a life worthy of his calling. He married the love of his life, Elizabeth Allyne (Betty) DeWitt, on May 14, 1944.

Jack was inducted into the U.S. Army in July 1944 and was assigned to General Patton's Third Army in the 80th Infantry Division, 317th Infantry Regiment, Fox Company, Second Platoon, Second Squad as a Rifleman and found himself in the middle of the Battle of the Bulge in January 1945.

His wartime testimony was given to the Veterans' Administration where the video history is on display at the Smithsonian Institute in Washington, D.C. In 1946 after the war, he returned home at which time, he and Betty built and operated their first business, a small neighborhood grocery story in Rushville, Ill. During the following two years, they were blessed with the birth of their two children, Becky and Phil.

In September 1952, they sold their business and moved west to Williams, where Jack went to work for Babbitt Brothers Trading Company as a department store manager. Over a period of 19 years, with his excellent managerial and public relations skills, he poured his talent into Babbitts, not only in Williams, but also in Grand Canyon and Page. In 1971, Jack opened his own grocery store, the Canyon Food Mart, in Tusayan. He was highly respected and loved by employees and patrons in these small communities.

Jack was an avid golfer and hunter. He served on the Grand Canyon School Board, was a member of the Rotary Club, and a lifetime member of the American Legion, John Ivens Post No. 42. He retired in Chino Valley in 1981 and moved to Prescott in 1999.

Jack was preceded in death by his wife, Betty, of 57 years.

A celebration of life service will be held on Friday, June 12, 2009 at 1 p.m. at the Prescott Community Church on Willow Creek Road in Prescott. In lieu of flowers, the family requests that donations be made in Jack's honor to YRMC Hospice Board Restricted Fund, 3262 N. Windsong Dr., Prescott Valley, AZ 86314.