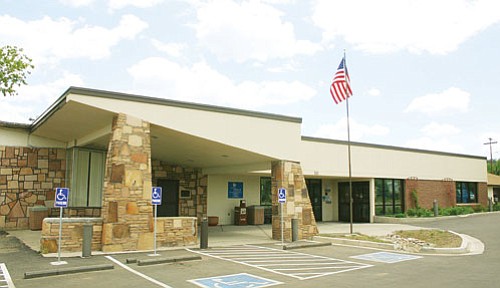 WILLIAMS - Members of the Senate passed House Bill 2155 last week at the state capitol in Phoenix, which is good news for the Williams Health Care Center, as it will allow the local center to hold a special election in June. The bill passed with 24 voting in favor of it, while three voted no and another three did not vote.

WHCC officials will now begin the process of preparing for the election, while the bill travels back to the House of Representatives for a second approval, thanks to a change in the bill's language, and then to the desk of Arizona Gov. Jan Brewer for her signature. Hospital officials will seek taxpayer support in the form of tax subsidies, one put to voters every five years, in an election slated for late June, said Williams Banner Health Care Center Manager Cindy Christman.

"This is the first non-budget bill that's been through the legislature this year," Christman said. "It was very exciting. We really owe a huge debt of gratitude to Representatives Tobin and Mason and Senator Pierce."

Without the Senate's approval to hold a special election, WHCC officials faced cutting many of the programs offered at the Health Care Center for roughly one year, until a regularly scheduled election can be held. Health care officials prepared for the election prior to the Senate approval in the hopes that a decision would be made.

"Pending final House approval, this piece of legislation allows us to hold an election to ask our community for the authorization to continue the property tax that is so vital to the service we provide," Christman said. "The bill needs to go back to the House because the initial language was changed so that we could include the hospital in Benson, because they are in the same boat we are. We have gotten assurances from the governor's office that she will sign that once it hits her desk."

Sen. Steve Pierce said he was happy with the outcome of the Senate's decision in a May 28 press release.

"This facility is truly vital to the community and we needed to take steps necessary to keep it open," Pierce said. "I am pleased that my colleagues in the Senate appreciate the value of medical centers like this one and supported the technical remedy for this particular situation."

According to WHCC officials, new legislation prevented hospital officials from holding a regular election in May. No one knew of the legislative change, however, until attorneys for the WHCC prepared for the upcoming election.