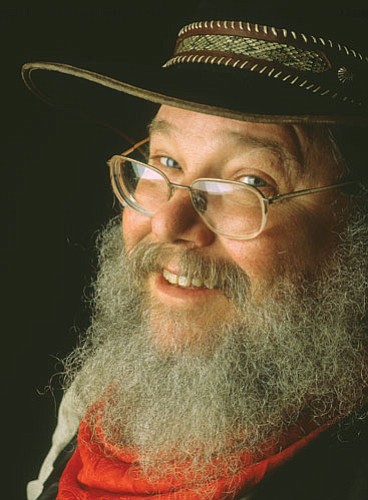 GRAND CANYON, Ariz. - Storyteller and musician Tony Norris will headline the last of the "Friday Fiestas" offered by the Grand Canyon Library as part of their summer reading program. Norris, a popular fixture in northern Arizona, has been performing for 35 years and will once again entertain children at the library beginning at 10 a.m. Norris said he has entertained students since his own children were in school.

"Now I am doing the same thing with my grandchildren as they go through their classes," he said.

Norris, who recently performed at the Northern Arizona Book Festival in Flagstaff, offers a rich mix of humor, western history and folklore, and music with his famous Martin guitar. Besides his work as a folklorist and entertainer, Norris also teaches workshops in storytelling for adults.

When it comes to his plans for this Friday's library performance, Norris said he rarely thinks that far in advance.

"I've never really worked off of a set list. The reason for that is I never know until I stand up to perform what my audience likes. The age of the child determines what type of material I will use," Norris said. "My stories come from personal experience doing folk tales and from the other cultures as well. I bring folk tales in from there. Some of them are very, very old stories and some of them are ones that I have put together myself."

All ages enjoy Norris's performances, which includes a popular story about his pet rattlesnake, Roscoe

"I will probably do a song about old Lee, a dog that goes out and hangs with the wild wolves to see what happens," Norris said. "I may even surprise myself. I don't plan ahead."

For more information on Tony Norris and his performances, visit his Web site at www.tonynorris.com.

"I have 25 kids signed up, so that is really, really exciting," Karlsberger said, adding that the final prizes for readers who fulfilled their reading times is forthcoming.

"The final prize is a $10 gift certificate. Those have been paid for by the Flagstaff group Friends of the Library," Karlsberger said.

She encouraged readers who participated in the program to pick up their prizes by Aug. 8.

"They need to get in to claim their prizes by then," she said.