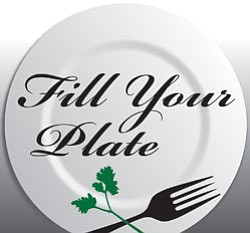 Money's tight for many of us this summer as we attempt to remain afloat in a poor economy. We are saving every way we can. There is good news, though. According to the latest Arizona Farm Bureau Federation Marketbasket Survey, food prices dropped by 6.5 percent during the second quarter of 2009. Arizona Farm Bureau released these figures earlier this month when they released their sixth "Stretch Your Food Dollar" menu for Arizona families.

The informal survey shows the total cost of 16 basic grocery items was $50.89, or $3.54 less than the first quarter of 2009. The market basket is reflective of food items that represent today's shopper. Foods with the least processing costs, such as meats, milk and eggs, continue to decrease.

According to Arizona Farm Bureau, of the 16 items surveyed in Arizona, 13 decreased and three increased compared to the 2009 first quarter study. This is the third consecutive quarter reflecting a decrease in Arizona food prices.

To find out how you can maximize your food dollars, visit fillyourplate.org. There you will find tips on how to save money while shopping, along with complete grocery lists and Stretch Your Food Dollar menus.