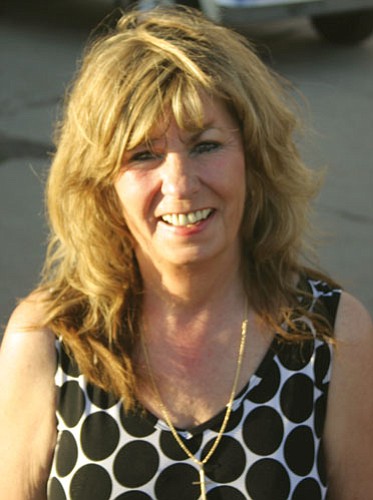 WILLIAMS - Karen Greenspoon, the new CEO/President of the Williams-Grand Canyon Chamber of Commerce, won't have any trouble psyching herself up to sell the charms of this northern Arizona city.

That's because Greenspoon was already impressed by the city long before she moved here.

"Oh, my gosh, I love it," Greenspoon said. "I used to come here to go fishing and camping."

Her first day on the job was June 30, but Greenspoon doesn't have any big plans right now. She is still making the rounds, meeting people and becoming more familiar with the city.

Prior to coming to Williams she had worked for several years in Prescott for the Northern Arizona Council of Governments and was the city's business development manager for four years.

"Prescott just got too big for me," Greenspoon said. "I'm a small town girl from Wyoming."

Greenspoon says she is a small town girl who understands the big time world of promotions.

"I used to operate my own business, doing bookings," Greenspoon said.

That was a natural since her ex-husband was a member of the classic band Three Dog Night. Williams is a unique, friendly community and she looks forward to working to promote it, Greenspoon said.