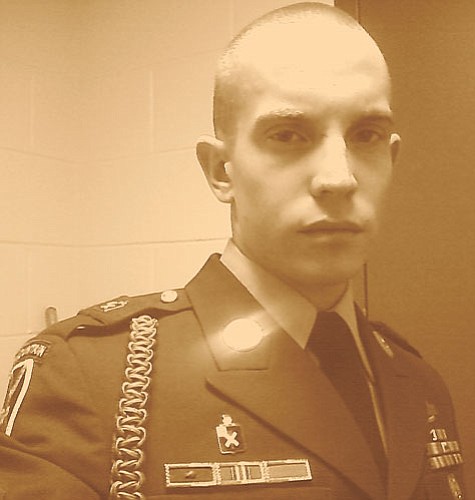 <br>Submitted photo<br> Jeffrey Sutton of Williams will leave for his second tour of duty in Afghanistan this week.

Twenty-two-year-old Jeffrey Sutton, a 2005 graduate of Williams High School, will have very little time to celebrate his recent promotion to the rank of Sergeant in the United States Army. Sutton, who will turn 23 on Jan. 23, leaves this week for his second tour of duty in Afghanistan. He's currently stationed in Fort Drum, N.Y.

A military promotion, Sutton said, is bestowed on a soldier when his or her superior officers feel they are capable of leading other soldiers in combat.

"They felt I had what it took," Sutton said, adding that he had to study hard for the promotion.

"The point of the board is to be very stressful," he said. "One of my goals was to get this in three years. Now that I'm promoted, my focus is just training my soldiers, making sure they are doing the right things in a combat zone."

"If I have an obligation, I have to fill it," Sutton said. "We're going to right where the war is at."

Sutton said he plans to retire from the military following his current tour and said he hopes to return to Arizona, travel overseas and tour with his brother's band, the Hollywood Heartthrobs. Sutton's brother, Brent Sutton, is lead guitarist for the Phoenix-based group. Their parents, Judge Bill Sutton and Linda Sutton, reside in Williams.

Among his other goals following his military retirement, Sutton said he plans to resume bodybuilding and hopes to attend college.

While stationed in New York, Sutton said he has found little time for a social life in the Big Apple.

"All my friends, all my family, are in Arizona," Sutton said.