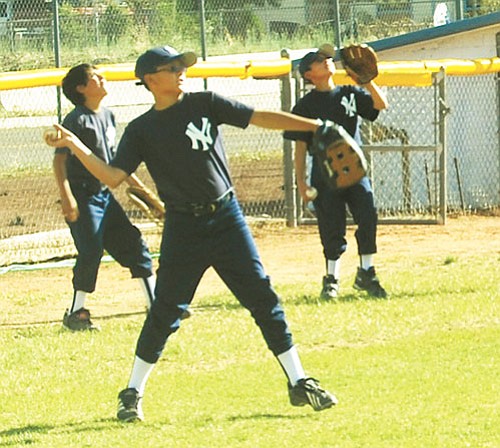 <br>Patrick Whitehurst/WGCN<br> Registration for the 2009 season of Williams Little League will be held at the Williams Rec Center Saturday from 10 a.m. to noon.

It is that time again! Registration for the 2009 Williams Little League season will be held this Saturday at the Williams Recreation Center, located at 301 West Railroad Ave., next to the Williams-Forest Service Visitor Center, from 10 a.m. to 2 p.m. A second registration is also planned for March 7 at the rec center, according to league officials.

This year, the league will also host a large event, Bishop said.

"An acceptable proof of age document is required at time of registration," Bishop said.

Little League teams are comprised of teams from Williams, Ash Fork, Grand Canyon, Parks and Seligman. Games are typically scheduled for Williams, though occasional games are planned for other communities. Bishop warned parents that some travel is required for parents and players. He said volunteers are also needed for a number of important Little League positions.

Players will be placed on teams according to their age and playing ability, according to League officials. Input on age and skill level is needed at the time of registration, in order to place players in the proper category. Leagues include T-Ball, Minors, Majors and a Junior League.

Tryouts for the Majors will be held at Cureton Park March 21 and March 28, from 10 a.m. to noon both days. Tryouts are dependent on weather. An alternate location may be found for the tryouts in the event of weather, Bishop said.