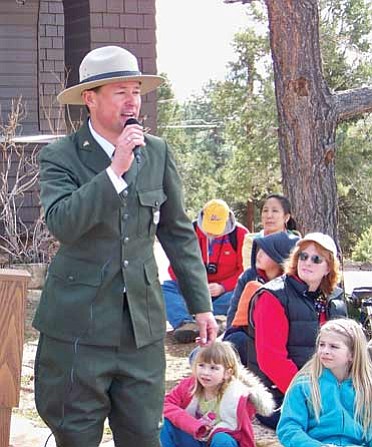 The Grand Canyon has been protected since 1893, first as a forest preserve and then as a national monument. The National Park Service was just three-years-old when President Woodrow Wilson signed Senate Bill 390 on Feb. 26, 1919, which designated the Grand Canyon as one of the nation's national parks. As tourism to the Grand Canyon escalated following the turn of the 20th century, so did the number of entrepenuers who set up shop in the area. John Verkamp was one of those entrepeneurs. Prior to the building that still stands on the South Rim to this day, Verkamp ran his business from a tent. Among the highlights of the 90th birthday celebration included a ribbon cutting and the appearance of a California condor, which flew over the Verkamp's home near the tail end of the celebration.