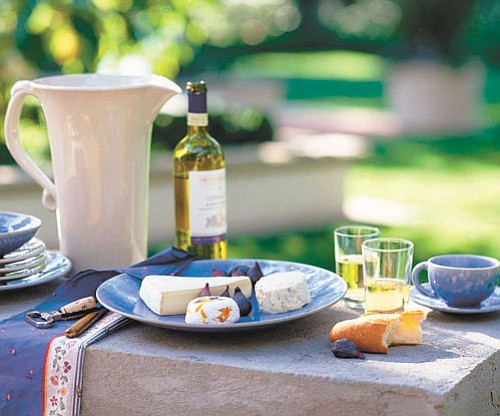 <br>Courtesy photo<br> On Oct. 11 ‘A Taste of Williams’ will offer wine and beer tasting, as well as plenty of other offerings.

Organizers plan to offer an evening to remember Oct. 11 when they hold "A Taste of Williams" at the Best Western Inn of Williams, located at 2600 W. Route 66. The special event will offer attendees the chance to experience what is being called the "art and soul" of Williams. The event will run from 6-9 p.m. and feature offerings from local wineries, brewery, restaurants and will even offer fine arts and entertainment. Wine and beer sampling will be offered during the event as well.

According to event coordinator Sue Atkinson, the event is part of the Williams Route 66 Cultural Heritage Days, sponsored by the Williams-Grand Canyon Chamber of Commerce, the Williams Main Street Association and the Grand Canyon Railway. Atkinson said she hopes the event will become an annual one in the community.

"This is all part of our Route 66 Cultural Heritage Days," Atkinson said. "It's an event that we're trying to start. Next year, in 2009, is going to be the 25th year that the town was bypassed. The chamber felt that there should be some kind of event to kind of commemorate the beginning of Historic Route 66, so we're trying to get an event together to really gear up for next year. With A Taste of Williams, if this is a success, we'll have it again next year and try and build on it and have other things."

Entertainment for the festive event will be provided by local musician and vocalist Kerry Lynn Moede and keyboardist Susan Kerley. Advance tickets for the event cost $20 per person. Tickets the day of the event will cost $25. Proceeds from the taste of Williams benefit the Williams-Grand Canyon Chamber of Commerce and the Teacher's Fund.

"In conjunction with a fine arts show put on by local artists, we're going to have local restaurants in town, samplings of their food, along with the Grand Canyon Brewing Company. We have Southern Spirits wine distributors, they are going to be there, along with another label called Grape Craft; they are actually the family label from Bill and Lindie Rogers of Superior Propane. They have winemakers in their family, so they are going to bring that wine, (along with) some of the local restaurants, Buffalo Pointe, Red Raven, Dara Thai, Pine Country, Elk Ridge, Best Western, they're opening their new steak house up there very soon, Java Cycle is going to be there. It's just an evening of tasting some of the local fare. There have been quite a few tickets sold already."