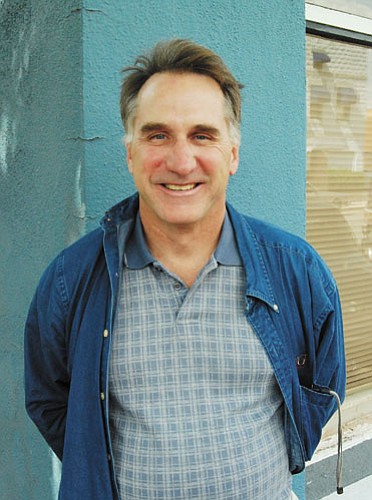 Two candidates will vie for a seat on the Coconino County Board of Supervisors next month. Incumbent Matt Ryan and northern Arizona resident Jack Darum are both seeking votes for the Nov. 4 election. Darum, a certified public accountant, said he will bring a lifetime of financial management with him to the board should he be elected. Incumbent District 3 Supervisor Matt Ryan has been in the position for 12 years and said he travels door to door in order to seek input from the community on issues that affect them.

Matt Ryan, an incumbent for the Coconino County Board of Supervisors in District 3, said one of the most important facets of his work as a county supervisor is listening to the people in the area and focusing on the county's role.

"One of my passions that brought me in is land planning. We've been able to create different area plans in the region and develop our parks and open space program, part of it is parks and part of it is an open space program," Ryan said. "If you look at traditional county government, we have some really good programs that we've developed in the justice system, the drug treatment program, the Family Court, the Criminal Justice Coordinating Council is another component of that and then we have a huge capital program. We did all the county buildings. There's so much that we do in this job."

With a turbulent economy in the forecast, Ryan said good planning will play an important part in how Coconino County deals with the possibility of a tighter budget.

"I love working with the people and working with the land," he said. "I've been learning quite a bit over time and I'm getting better at what I do. I'm not perfect, but we have other programs that we have to work on. There's going to be some tough times coming up with the economy and there are going to be more people that are going to want health services from the county, there will be challenges on how we keep our courts running, how do we keep our programs running and, if we continue to have growth pressures, again, it goes back to really focusing and planning well and balancing it with community ideals as we grow."

"Biology and education is my background," Ryan said. "I home-schooled my kids and I also combined that with public schools. I've worked with educational groups in town and I also have worked with non-profits, but the primary skill set that I have developed over time is learning how to bring programs or skill sets to communities. Part of our job is we're generalists, we're trying to look at people and their skill sets. When a community wants to do something, it's enabling them, helping them understand how to do things and maybe bringing a support piece that goes along with it. It helps them do what they want to do."

While he said there were a number of big issues currently facing Coconino County, Ryan said water and money were two of the biggest issues in 2008.

"The biggest one is the water question, but we are looking at Tom O'Halleran's bill relating growth to the availability of water and what that means," Ryan said. "We're evaluating that one and taking a look at it. That is the biggest one. There are a couple of other bubbles that play in to the district components. The theme park is a big one, that's a question here. The shooting range is a big question down towards Cottonwood and then in Bellemont and the industrial park and how to fortify the ability of the industrial park to take place. That one is moving along. There are a lot of things happening out there, but I'd say water. It always rises to the top out there."

Ryan said he believes that the Coconino County Board of Supervisors has done a good job of listening to the communities in northern Arizona.

"It's a good board. It really listens to the community and they try and listen to each other," Ryan said. "I think with any board, if you look at a weakness, we're elected geographically, so everybody's trying to do as best they can for their community. That's probably the greatest challenge with the board, is we have to work together and develop policy that fits all of the county, but also attend to our communities and that's where you find the weakness in the board. Everybody wants to help their communities, but it's a really good board. It's sensitive to the populace. It's really tight on money. It's looking for efficiency."

Ryan said his biggest focus has been on trying to remain sensitive to the people who live within his district in Coconino County.

"My biggest focus has always been to try and be sensitive to people and work within the limitations that we have and develop good procedures and look to our future. That's what we're developing our procedures for," Ryan said. "A lot of times people ask politicians what they're going to do. If you look at the county, a lot of our job is driven statutorily. Probably 85 percent of it is statutory, maybe more than that. What I have watched going door to door is that people are focused on water. Water dictates how we develop. It's going to limit us. We have to make wise choices on how we target it. But the economy just has leapfrogged up to the top, obviously. I'm listening to the economists and they're talking about theory. This federal bailout, the federal bailout is what they didn't do before the depression and now they're functioning in theory. All the economists are taking a look at it and saying, 'Wow. Will this work and what will happen?' I really see (that) we're going to go through a paradigm shift as a community to how we function as county government, how we function as a community. We'll probably need a lot more volunteerism. We're going to need people to help and work together with one another. I see our directions shifting. In terms of priorities, the water is starting to drop out and the economy is starting to bubble up in terms of the highest priority that we have."