Good time to buy, not to sell in Williams
Real estate business expected to pick up in the spring 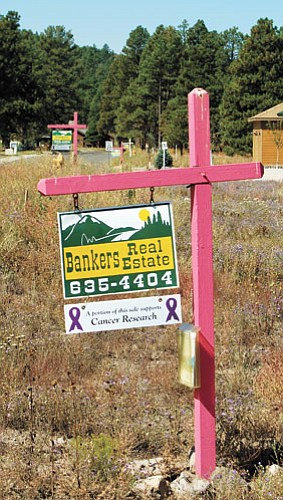 <br>Patrick Whitehurst/WGCN<br> Home sales in Williams have slown considerably since the peak of the housing bubble in 2005.

It's not the same real estate market it was three years ago. Back in 2005, before the real estate bubble burst, when news of a proposed theme park fueled high prices in the Williams area and even all the way north to Tusayan, home sales soared. Buyers arrived from all points of the compass to get in on the real estate game. Rural properties, especially, increased exponentially in 2005.

These days the market is a completely different beast, say many realtors. While speculation still abounds about the proposed theme park, some are beginning to liquidate their land at reduced prices when compared to their original investment in 2005. A number of real estate companies, which appeared in the Williams area at the height of the real estate boom, no longer have a presence in the community. A number have remained, however, and are managing to stay afloat despite hard times in the real estate world.

Bankers Real Estate owner John Rushton said that, while the market has been tough of late, he believes it is also beginning to show some signs of life.

"It's been sporadic. We have times that things will pick up for a couple weeks and then it will die right down for a couple of weeks. It's kind of a new thing for everyone with the way the banks are having their financial difficulties. It's kind of a challenge to get people to qualify for their loans," he said, adding that, compared to the 1980s financial crisis, the current economic problems, which started when the housing bubble popped, has made it more difficult for buyers to get approval for a mortgage.

"2005 was the big push when real estate just went crazy," Rushton said. "The market has pretty well corrected itself from the real estate bubble of 2005. We're seeing a larger correction with the rural properties than the homes in town."

"It's been very slow; it picked up a little bit in the summer from May on," Zecchin said. "There are still buyers out there. We have a bunch of things happening here in my office. I think we'll have a decent fall, but overall it's significantly a different market. The sellers are frustrated and so are the realtors because the buyers are just not there. That's why everyone is worried and rightfully so. I'm hoping it will pick up in spring, but that's anyone's guess."

Despite a slow market, Zecchin said that now is definitely a good time to buy.

The real estate that did sell, she said, stayed on the market far longer than they used to.

"There's less homes selling, they're on the market longer and the percentage of sales price to list price has gone down from 95 percent, in 2005, to 89 percent this year."