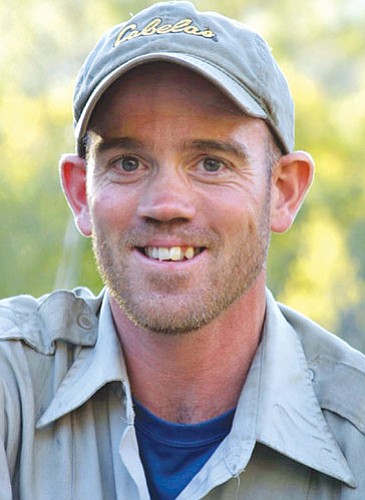 The official report on the death of Eric York was released last week, a year after the 37-year-old biologist was found dead in his home here.

The release was made in conjunction with a public meeting led by Deputy Superintendent Palma Wilson, who also served on the Board of Review with three representatives from the park's Intermountain Region.

The report reveals nothing new regarding the cause of death - plague was determined as the cause within about two weeks - but it does contain new information on how York contracted the disease and recommendations, some of which have been implemented throughout the National Park Service.

The report said that likely exposure was on Friday, Oct. 26, when York recovered a dead mountain lion and performed a necropsy in his garage.

Photos showed that he didn't wear gloves or a respirator during the procedure. When he visited the clinic with flu-like symptoms on the Tuesday before his death he didn't inform the doctor of his recent contact with the lion. It was determined that York and the mountain lion had the same strain of the disease.

The preliminary investigation was conducted by a Serious Incident Investigation Team, consisting of representatives from U.S. Public Health Service, Coconino County health officials, the Arizona Department of Health, Centers for Disease Control and OSHA. After that, a Board of Review was convened to look at those findings and develop recommendations.

The report concluded that the following contributed to his death:

• That he didn't wear gloves or a respirator.

• That he didn't properly handle and remove the dead lion.

• That his supervisor didn't review his job and complete a hazard analysis.

• That he didn't communicate critical information to his doctor.

According to the report, York had "wide latitude to operate independently" and was not directed by his supervisor. Also, while protective equipment was available, there was no record that York had ever been evaluated and trained to use it.

Additionally, there was no written standard operating procedure for handling wildlife - an issue that has since been corrected throughout the National Park Service.

Among the recommendations in the report:

• Develop written programs related to health, risk assessment and use of protective equipment.

• Improve communication between supervisors and employees and between the division and the safety officer.

• Counsel employees and clinic physicians to be mindful of potential wildlife contacts when reporting medical history.

"We started implementing this immediately. After Eric's death, we started looking at what happened," Wilson said.

She thanked the public for their patience.

"Before it could be released, there were a series of steps we had to go through," Wilson said.

She said that the report was completed last summer but its release was delayed in order to give York's family an opportunity to see it before it went public.

"We talked to the family. A death is always tragic but we talked to them about this and one thing they said a year ago and they're still saying it - they want his life to mean something," Wilson said. "If we can prevent another death or learn from this incident, then they're OK with releasing it."

The mountain lion program, which was halted during the investigation, has resumed.