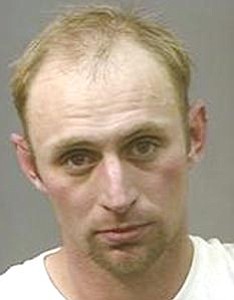 A Grand Jury indicted Williams resident Michael Hamberger, 29, on 11 counts of forgery, theft and fraudulent use of a credit card March 20 in Coconino County.

Williams Police officers arrested Hamberger after investigating a number of forgery incidents in the Flagstaff and Williams area. Officials determined that Hamberger stole numerous checks and a credit card during their investigation - totaling approximately $6,000.

Other suspects, including Michelle Lynnae Pruett and Patrick Drew Anderson, were also sought in connection with the crimes, according to a press released issued by the Williams Police Department. According to reports, Pruett was apprehended in Flagstaff, while Anderson turned himself in to local authorities.

"Michael was the only one we arrested on our local charges. One turned himself in, but actually it wasn't our case. It was relating to this case, but the charges are being brought up through the federal system," Det. Rob Krombeen said. "We only had one suspect on our local charges, in our local case, and that was Michael Hamberger. He's in custody currently."

Krombeen said the case has been an ongoing one for a little over a month.

"The victim had reported that checks had been stolen from him. We've been working with the victim and with the banks to obtain the documentation," Krombeen said. "Since then we've been investigating the various locations where these checks were cashed and the credit card used to obtain evidence in this case, so it's been a little bit of a long case, in time and effort, but in doing so we also found that, tied to this, were some mail thefts that had been occurring over a similar period of time up until recently in the Flagstaff and Williams area. This case kind of expanded to other agencies, in particular the U.S. Postal Service."

The other two were also sought in regards to the police investigation, he added.