New ownership for Xanterra, GC Railway
Deal to be completed in the fall 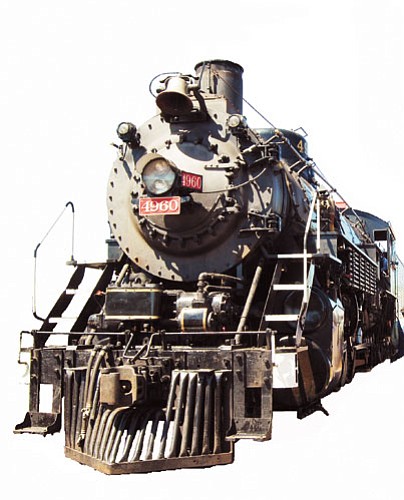 The Grand Canyon Railway's steam engine at the depot in Williams.

Employees with the Grand Canyon Railway® are gearing up for their second new owner in almost as many years, after officials with Xanterra Parks and Resorts recently announced that they are in negotiations to sell their sprawling enterprise to billionaire Phil Anschutz of Colorado. Xanterra purchased the railway from founding owners Max and Thelma Biegert in early 2007.

Anschutz made his arrangements for the purchase of Xanterra June 5 with a tentative fall closing date, possibly by as early as September. Anschutz, listed in Forbes magazine as the 31st richest person in America, is based in the Denver area. Among his notable holdings are the entertainment companies Bristol Bar Productions and Walden Media. Anschutz has most recently helped produce two "Narnia" films, the most recent of which, "Prince Caspian," is still playing in theaters across the country. Anschutz is also involved in other enterprises as well, including sports and telecom ventures.

Bruce Brossman, Director of Reservations and Sales for Xanterra and the Grand Canyon Railway, said he had very little to offer in terms of particulars when it came to the pending sale.

"The news is out that we've been bought and that's all there is at this point," Brossman said, adding that not much has changed within the Xanterra company or the Grand Canyon Railway yet.

"The fact is the owners, it's been disclosed who it is, they indicated they would keep the same staff at the management (level) and maintain our environmental efforts," he said. "We keep working. The change of ownership isn't really affecting us at this level. I just don't think it means anything to the average employee at this point, it's just a transfer of ownership, it's just a different place for the money to come from."

Besides the Grand Canyon Railway, Xanterra operates hotels, campgrounds, restaurants, shops and other business in more than 10 national parks and American monuments, including Bryce Canyon and Zion, Mount Rushmore, Death Valley and Yellowstone National Park among others.

The possible sale would mark the second purchase for the Grand Canyon since the Biegert family, who restored the railway to service, first bought it in 1989. Since that time the Railway has hosted well over 2.5 million visitors. The sale of the railway also includes the RV facilities, Grand Canyon Railway Hotel, Max and Thelma's Restaurant and other railway operations.

"We're a responsible company. We care about the people," "Obviously we can always improve, and with new owners who knows what will happen. Hopefully all for the better, that's what we're anticipating."