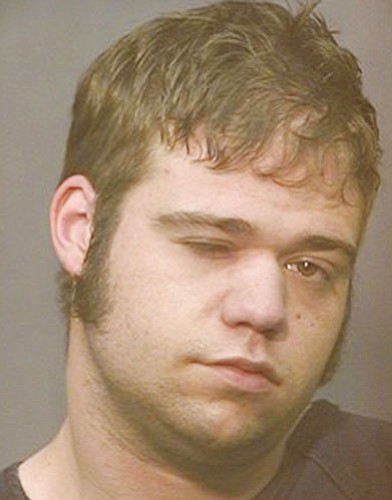 Bugnone is currently being held in the Coconino County Detention Facility on a $50,000 bond.

Williams Police Chief Herman Nixon said the arrest was a big one for northern Arizona.

"Most of our drug problems in Williams are users, which is why you don't see the big arrests in Williams. For here that was a pretty large bust," Nixon said. "Most of that product was being sold over here in Williams. That put a big dent in the drugs that were coming into our city."

Police in the Williams area were first alerted to the case after they took a report of a stolen laptop from a local motel May 24. Bugnone, according to officials, became a suspect in the case following an initial investigation. Williams police, working with Coconino County Sheriff's deputies, obtained a search warrant for Bugnone's residence at the Quality Inn Dorms Housing in Tusayan. Sheriff's deputies, Williams police and agents from the Northern Arizona Metro Street Crimes Task Force served the search warrant to the residence, according to the report. Bugnone was arrested without incident.

The stolen laptop, 56 grams of methamphetamine, three-quarters of a pound of marijuana and assorted drug paraphernalia were among the items recovered from Bugnone's Tusayan residence, according to the report. The methamphetamines are reported to have a street value in Tusayan of over $5,600. The marijuana was reported to have a Tusayan street value of over $800. Future arrests and search warrants are pending, authorities said.

"You had a large quantity of meth, just over two ounces, and then you had cocaine, which was a minimal amount that would fall below the threshold for being for sale," Nixon said. "It depends on your quantity of drugs that determine whether it's for sale. If you have the packaging material, all of those things that were found, coincide with what a person normally uses to sell drugs."

Gerry Blair, with the Coconino County Sheriff's Office in Flagstaff, credited the Williams police and other agencies for working together in the recent arrest.

"This is an ongoing effort involving a multitude of different agencies to get the street dealers out of commission and we're going to continue to work together to do that and accomplish that goal," Blair said.