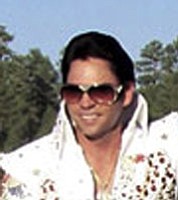 On May 28, 2008, William David Foster passed in the comfort of his home. He passed as a great man, loving husband, father, son, brother, uncle and friend.

Bill was born June 27, 1969, in Pensacola, Fla., along with twin brother John Chess Foster, to proud parents Gerry and William Foster. Bill was 10 minutes older of the two and never let an opportunity slip by when he might remind his twin John of this. Bill was also blessed to have Glen Mitchell as a big brother.

Bill spent most of his youth in Florida and New Hampshire and even one year in Guam with his dad and brother John. Bill moved to Tusayan in 1989 where he met his "Muffin," Bess Thurston. After a two-year courtship, on Dec. 4, 1991, Bill and Bess were blessed with the first miracle of both of their lives - "Bug," their first child Keslee Morgan Foster. Eight months later they were married, on Aug. 29, 1992, in Las Vegas.

Bill continued to work at Scenic Airlines and then in 1994, he went back to school to obtain his GED, which he endearingly referred to as his "good enough diploma."

In 1995 he became Tusayan's "Plow Guy." He spent many long days and nights clearing the snow for most of the businesses in Tusayan and never hesitated to help pull a tourist or local out of the ditch on the side of the road or give someone a jump whenever needed. He loved to come to the rescue of those in need.

In 1997, Bill started to realize one of his dreams - being a pro fisherman - which he worked hard at until Jerrith started school in August of 2000. Bess decided she wanted go back to work. Bill set that dream aside for Bess and his family. It was then that he assumed the most important role in his life as a stay at home dad. He was better then the original Mr. Mom. It was a job he took very seriously and did with pride for his family.

Bill's second love next to his family was a lifelong fascination with "The Man," Elvis. He became an incredible performer of the King's music and acts. He was always improving upon his vocals, but hands down, he did Elvis' moves better than the King himself, hip windup and all. We have even heard it said that he seemed to embody the king. He loved embarrassing "Silla" (Bess) by pulling her from the crowd and kissing her.

During all of these years he was a star of the Red Feather softball team. He took much pride in knowing that he'd helped them win many league championships. He was always a team player. He and Bess also loved to bowl.

Then in 2006, Bill and Bess decided the kids were old enough and it was now time for him to continue to make his dream a reality. He began the hunt for a new boat and hit the water with the determination to become the best at that too. He NEVER did things halfway. He was always either ... all in ... or ... all out. He lived life like a race and there was no room for being in second place.

He and Bess had just recently won fourth place in a 38-boat team tournament, which qualified them for a very large tournament at Lake Mead this fall. Bill NEVER missed the opportunity to tell his kids how very proud he was of them and how much he loved them. He felt so very blessed to have such a wonderful extended family: Johnny, Clarinda, John, Jennifer, Chris, Bonnie, Chrystal and Thomas, along with the most recent additions, little nephew Dylan and niece Faith. He loved them all so very much and knew how much they supported him and enriched his life in every way.

Bill seemed to have a huge loving heart that could withstand most anything, but early in the morning on May 28, 2008, Bill passed away, just as he had always wanted to, painlessly in his sleep, from a massive, instant heart attack.

He will always be remembered as a person that everyone loved until the end and will never be forgotten. In Bill's own words, on a picture of Elvis' grave, he handwrote, "I'm on my way Elvis."