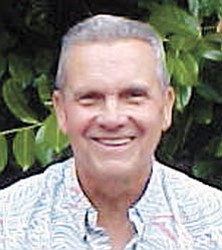 Harold Earle Showalter, 72, died in the Kerrville, Texas VA hospital on June 13, 2008 after a two-year battle with cancer.

Harold and his wife Linda resided in Williams from 1973 to 1983, where he worked for the city of Williams, ran an upholstery shop and was a volunteer fireman. He also served one term on the Williams City Council.

Born Feb 26, 1936 in Oakham, Mass., he was the son of CPO (USN ret.) Chester and Josephine (Karp) Showalter. He retired from the U.S. Marine Corps as a Master Sergeant in 1973 after 20 years of service. Harold served in Vietnam in 1965-66 and 1967-68, where he received the Bronze Star and Vietnam Gallantry Cross for heroic achievement during Operation Utah in March 1966.

After leaving Williams, he lived in Poulsbo, Wash. for nearly a decade, where he was a fire inspector at Keyport Naval Station. He and Linda traveled the country after leaving Poulsbo, working as trailer park hosts in Colorado, Texas and Washington.

Mr. Showalter is predeceased by his parents and brother and sisters.

In lieu of services, Mr. Showalter asked that he be cremated and his ashes scattered near Hood Canal in Washington State. An online guestbook is available at snurl.com/showalter.obit. Donations to the Marine Corps Heritage Foundation can be made at snurl.com/2tlpk.