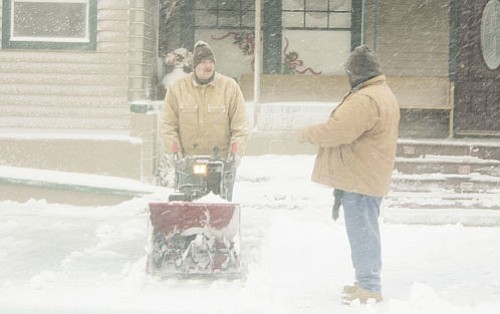 Northern Arizona became a land of whiteout conditions Dec. 15 through Dec. 18 as over 20 inches of snow fell across the area in a three-day period. Cold, windy conditions swept over Williams beginning the evening of Dec. 15, prompting schools in the area to close before the brunt of the storm had arrived. Shoppers, as well, flocked to the local grocery store to stock up on supplies in anticipation of the highly publicized storm. Snow shovels became a rare commodity in the city, with stores running out and others charging close to $30.

After a short reprieve from the winter weather, a third storm rolled into Williams Dec. 22, dropping nearly a foot of snow overnight.

Weather forecasters predict a white Christmas this year with a 70 percent of snow showers expected over the holiday, with forecasters calling for an additional one to three inches of snow called for an Christmas Day. Three to six inches of snow is expected Christmas Eve. Breezy conditions are also expected with highs temperatures between 30 to 39 degrees. Low temperatures on Christmas Eve will range between 20 to 28 degrees. White weather will continue through Friday, with a 60 percent chance of snow showers and high temperatures between 32 to 38 degrees. Low temperatures will range between 15 to 21 degrees on Friday night.