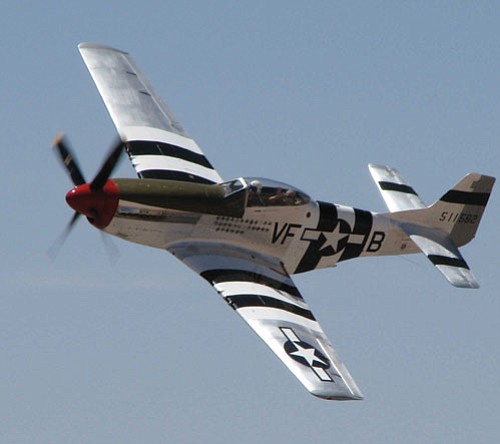 Planes of Fame and Valle Airport host the "Thunder over the Coconino" Fly-In this weekend.

Valle Airport and Planes of Fame will host the fourth annual "Thunder Over the Coconino" Fly-In this Saturday from 8 a.m.-4 p.m.

A highlight of the event will be the display and flight of a 1929 Travelaire 6000. This aircraft was beautifully restored by Antique Aero in Paso Robles, Calif., for Valle Airport's "Golden Era" aircraft display. It recently won second place for its restoration work in the Silver Age division at the Experimental Aircraft Association AirVenture Convention in Oshkosh, Wisc.

Aircraft rides will be available on a 1929 Ford Tri-Motor and a P51 Mustang. There will also be helicopter rides and Young Eagles introductory flights for kids. The car show features custom and classic vehicles. As for the chili cook-off, anyone with a favorite chili recipe to share is encouraged to participate.

Scenic Airways was founded by Parker Van Zandt in 1927 to demonstrate the utility of the airplane by flying trans-Canyon in 20 minutes, as compared to more than a day's drive by car from the South Rim to the North Rim. Scenic Airways was renamed Grand Canyon Airlines in 1934 and is considered to be the oldest continuously operating airline in the world.