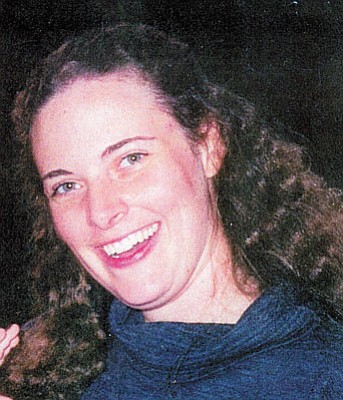 Coconino County Sheriff's detectives are investigating the discovery of human remains on the Camp Navajo Army Depot located at Bellemont. The ensuing investigation revealed that the discovery was related to a missing person from Virginia.

On Aug. 4 employees of the Navajo Army Depot contacted the Coconino County Sheriff's Office and reported the discovery of human remains. An identification card in the name of Julie Renee Windhorn was found in close proximity to the area were the human remains were located.

On May 8, 2008 a pedestrian who was in the area of the southbound lanes of Interstate Highway 17 close to the Old Munds Highway overpass found a blue cloth backpack on the shoulder of the road. The backpack contained personal items and identification belonging to Windhorn.

During a subsequent investigation, detectives learned that Windhorn was listed as a missing person from her home town of Falls Church, Va. Coconino County Sheriff's detectives entered Windhorn into the National Crime Information Center as a "Critical Missing Person." The entry included a description of Windhorn's vehicle, which was also unaccounted for.

Investigators made contact with Windhorn's relatives and obtained dental records and other items that facilitated a DNA sampling. Her DNA information was entered into and checked against several national information centers dealing with missing persons.

The Coconino County Medical Examiner preformed an examination of the human remains and utilizing Windhorn's dental records was able to confirm that it was her body. At this point the cause and mode of death have been classified as "undetermined."

Windhorn is described as a 33-year-old White female, 5' 11" in height, weighing about 180 pounds, with brown hair and green eyes. Her vehicle, which remains missing, is described as a 1999 Honda four-door sedan, blue in color, last seen with Virginia license plate JPL-7985.

Any community members who came into contact with Windhorn or who possess information regarding the whereabouts of her vehicle are urged to call the Coconino County Sheriff's Office at (928) 774-4523 or 1-800-388-7888.